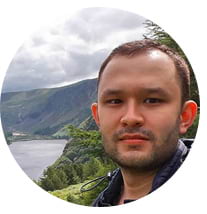 Hi. My name is Adil. I am passionate about building software. This blog is a notebook of my thoughts and ideas regarding software engineering and life around it. Currently I am interested in engineering of modern web apps, machine learning and data analysis.

Python 3.8 is going to be released in October 2019 but you can taste it now. Currently the latest available version is python 3.8b2 (which is feature freezed). So what's new in Python 3.8?

In python 3.8 you can output debug information more eloquently using f-string feature which was introduced in python 3.7. You just need to add = to it:

PEP572 is legendary because Guido decided to step down as BDFL after it was accepted. The idea behind := operator is to make code more readable and less nested. For example you want to check if a key is present in a dictionary and assign its value to a variable. Typically you will do the following:

pandas probably is the most popular library for data analysis in Python programming language. This library is a high-level abstraction over low-level NumPy which is written in pure C. I use pandas on a daily basis and really enjoy it because of its eloquent syntax and rich functionality. Hope this note will help you dive into data analysis realm with Python and pandas.

In order to master pandas you have to start from scratch with two main data structures: DataFrame and Series. If you don't understand them well you won't understand pandas.

Series is an object which is similar to Python built-in list data structure but differs from it because it has associated label with each element or so-called index. This distinctive feature makes it look like associated array or dictionary (hashmap representation).

How To Deploy a Telegram Bot

Part 1 — How To Create a Telegram Bot Using Python

This is the second part of my small tutorial about creating a Telegram bot using Python and Django. Today I am going to show you how to deploy our Django app on Digital Ocean VPS hosting, we are going to use Linux Ubuntu 14.04 LTS version.

What you are going to learn:

Even despite we are going to work with Django app, this instruction will be applicable for any Python WSGI web application, so do not hesitate to use it with Pyramid, Flask, Bottle or any other popular web application framework in Python ecosystem. In this post I am going to use VPS (Virtual Private Server) on popular Digital Ocean hosting. By the way, if you sign up using my link, you will get $10 credit instantly on your account, money can be used to buy small servers and use them for your own purposes.

How To Create a Telegram Bot Using Python

For the past year, Telegram has introduced tons of new features including in-app games, bots, Telegraph and Instant Views, channels, groups and many more. What's going to be a next killer feature? Nobody knows. In this humble note I would like to show you how you can create a simple telegram bot using a popular programming language called Python.

Bots are great at many things, especially at automating borings tasks. It is up to your imagination what functions your future bot will have, but today we are going to create the one which will communicate with Planet Python, popular Python news aggregator. Bot will simply parse latest content and send it back to you via Telegram.

Our app will consist of django app and its source code is available on my github as planetpython_telegrambot repo. Feel free to fork and do whatever you want to do :)

Celery is the most advanced task queue in the Python ecosystem and usually considered as a de facto when it comes to process tasks simultaneously in the background. The lastest version is 4.0.2, community around Celery is pretty big (which includes big corporations such as Mozilla, Instagram, Yandex and so on) and constantly evolves. Hence investing your time in this technology pays back.

This article is not about how to set up Celery, installation is pretty straightforward and instructions can be found on the official website. Instead, I would like to emphasize your attention on best practices while working with Celery.